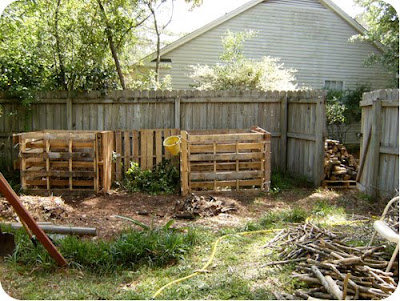 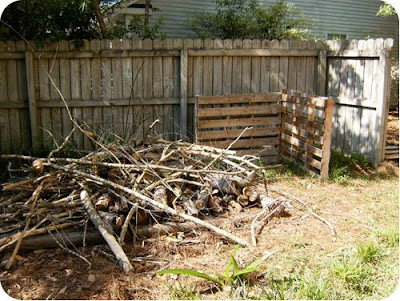 I spent several hours yesterday breaking down the wood from the dead tree, sorting into kindling, small logs, large logs and piling all the big fire logs onto the pallet just outside the gate. will dig up a bin of some sort to put the smaller branches and kindling.
Today, I cleared the way for the recycled composters and started building. The plans came from the book, "Basic Composting." So so so simple. Edward got the pallets from work. Took me less than an hour to get it constructed.

Once built i started layering with twigs, brown garden debris and green debris/kitchen veggie scraps. Will keep adding to it a bit at a time. Hoping to have some potent compost to fertilize and mulch with in a few months!

Time for more advil and a shower...

but first - a pic of how bed #1 is coming along. Pretty good progress in 2 weeks! 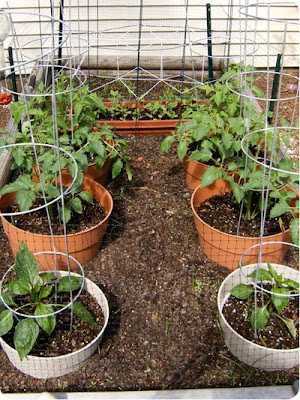 Posted by chinamama at 5:25 PM

chinamama
graphic designin' teachin' craftin' mama living near charleston, sc with a pair of munchkins, a dog, a tortoise, and three lovely hens.